Joe Edwards and Bob Wilson had recently merged their own independent practices after collaborating on a project and realising that they rather liked working together.

Having owned their domain for a year with active use with their email addresses, their modern domain name was still lacking a website. The project started with the design and build of a single page to fill the space and force answers to topics such as visual style and content. This first version was completed after a single meeting and a few emails over the course of two days. It was always intended to be temporary while we created a proper site.

A more complete and CMS backed website was then created over the next two months. A year or so later, a further update was completed to incorporate some work on a brand identity. 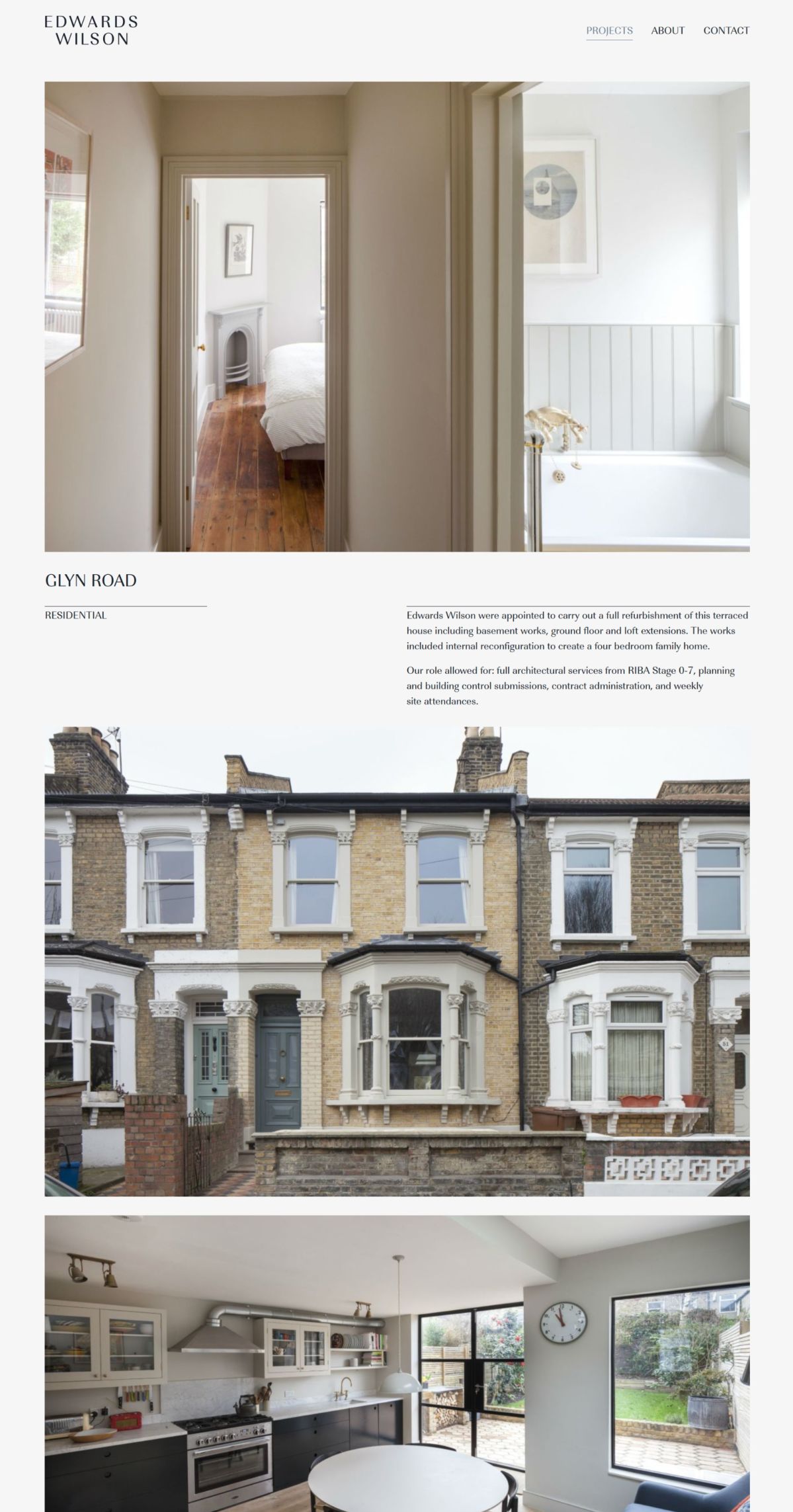